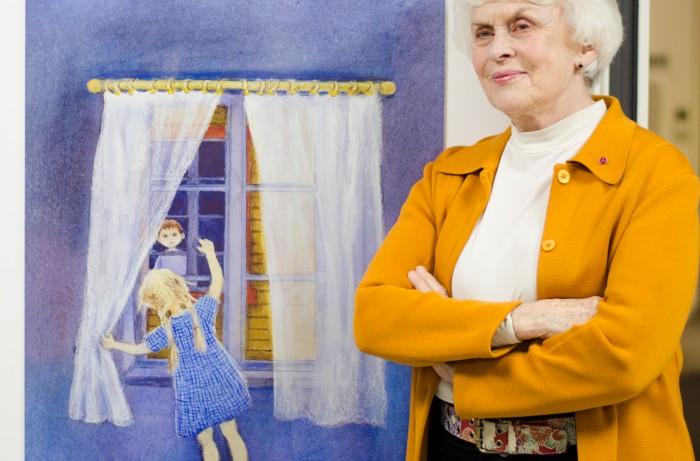 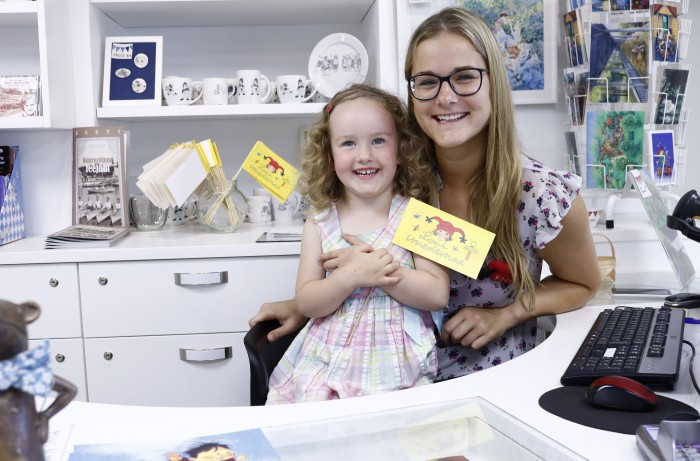 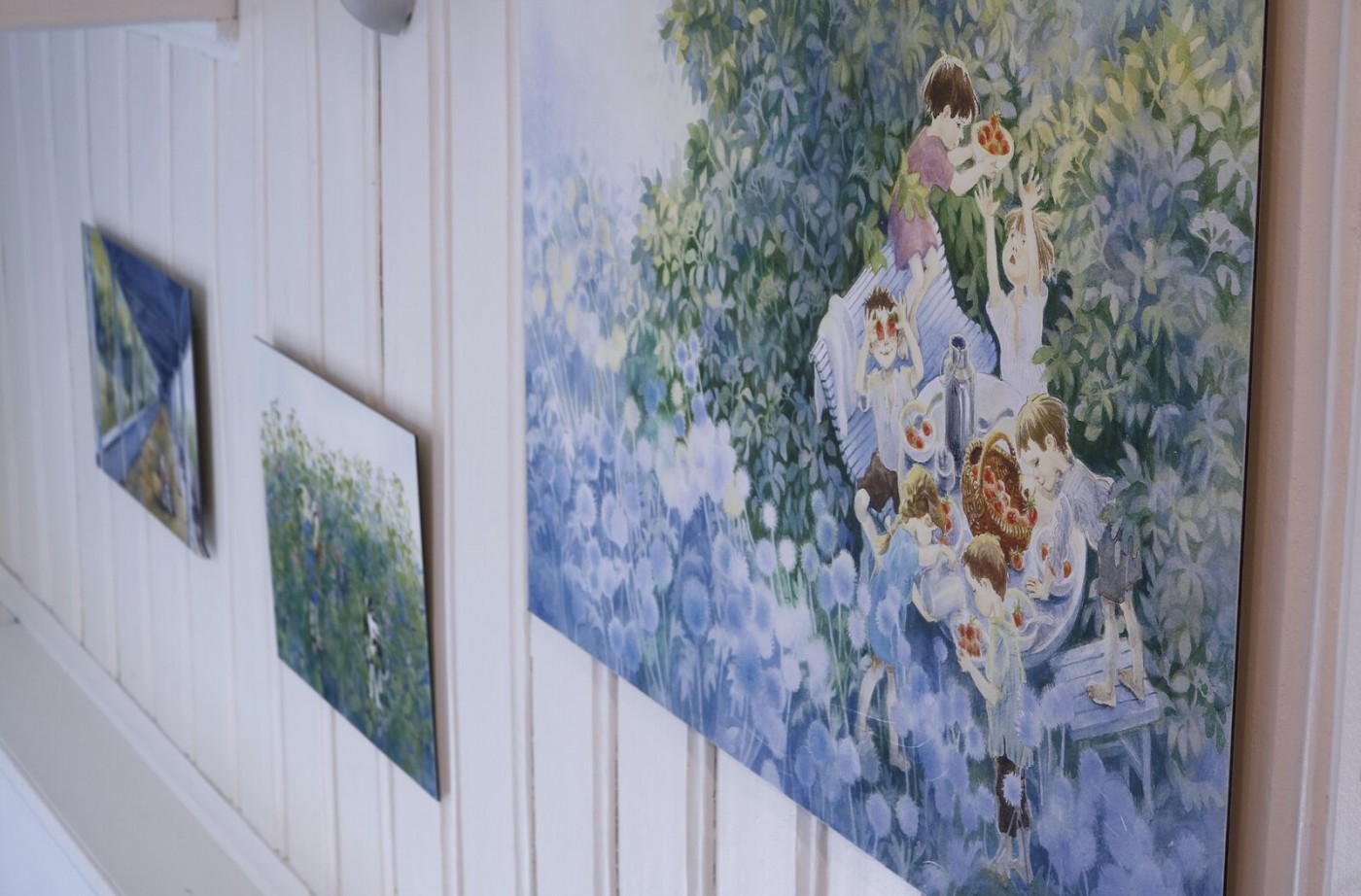 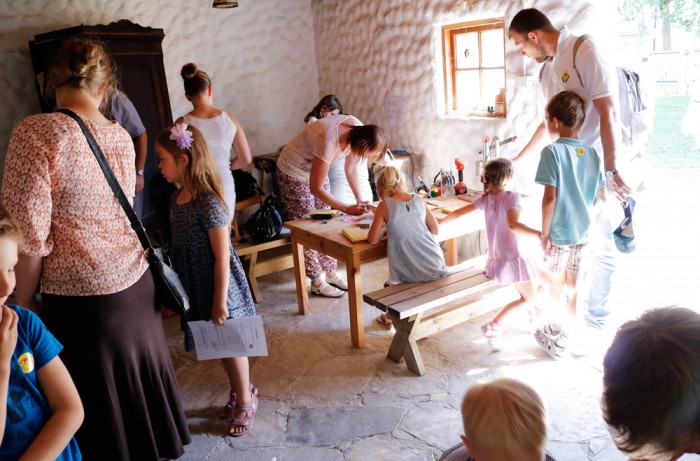 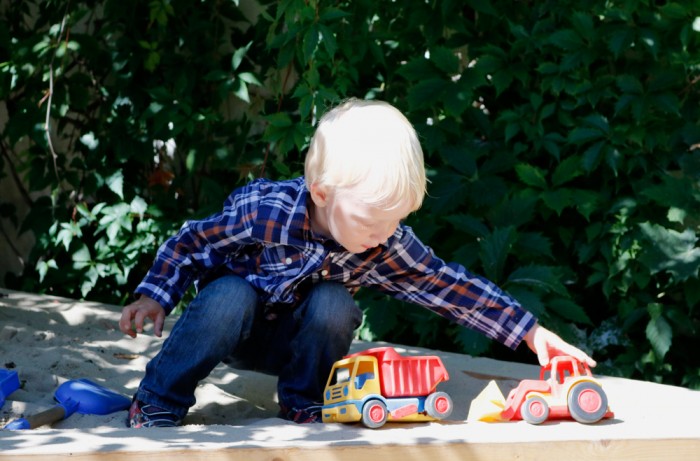 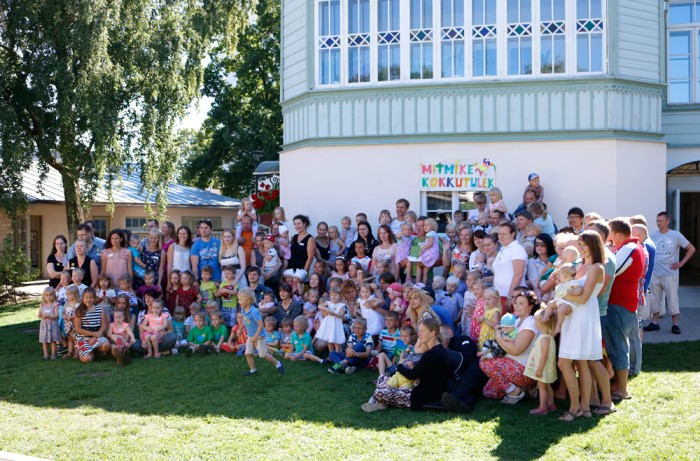 Ilon’s Wonderland is a gallery and theme centre for children and families based on the works of the world-famous illustrator of children’s books – Ilon Wikland.
Here you can take a look at the room of Karlsson-on-the-roof, find characters familiar from books all over the place, play in the playroom, do handicrafts and enjoy a cosy and wonderful day with your family. The cinema hall displays visiting exhibitions and shows a film of the life of Ilon Wikland.
From May to August visitors can also take a look around the courtyard of the Wonderland – do handicrafts in Mattias’s house and Handicrafts Cottage, try out one’s hand at throwing games, walk with crutches and be an actor or simply play. Our yard is perfect for little picnic with family or friends.

On February 5, Ilon’s Wonderland is open to everyone for free. There are special programs for school and kindergarten children. We talk about Ilon Wikland and read books illustrated and written by her. Tammerraamat Publishers and Leelo Tungal present a new book “Anni uhke uudis” (text: Leelo Tungal, illustrations by Ilon Wikland). In addition, the book “Pikk-pikk teekond” (by Ilon Wikland, Rose Lagercrantz) was published again.

Traditionally, the winners of the Ilon Wikland Young Artist Award will be awarded and an exhibition of the best entries will be opened. The works of young artists can be viewed on the second floor of Ilon’s Wonderland until March 1.

Another unique exhibition entitled “Ilon in Homes” is opened on February 5. This is an exhibition of Ilon Wikland’s works in private collections. After all, Ilon Wikland, in her own way, stays in every home where she has illustrated books and pictures. The exhibition features thirty-four drawings from a dozen homes and one miniature sculpture. There are images from many eras – both illustrations and freelance creations. Rarities are three original illustrations of “Little Brother and Karlsson from the Roof” from the first edition of 1955. There are also pictures from the book “Potato Children”. The illustrations in this book are meaningful to Ilon’s Wonderland. After all, this house is imagined as the original home of the potato children. The exhibition will remain open in the gallery on the ground floor of Ilon’s Wonderland until the end of the year.

In June Ilon Wikland’s Jubilee Exhibition will be opened in Ilon´s Wonderland to show her work through the theme of childhood home. Domestic parties and celebrations, a nursery, pets as beloved family members – these are just a few of the keywords that bring a warm feeling to Ilon Wikland’s creations. The exhibition will remain open until the end of the year. More info coming soon.

Suitcase exhibition “The Long-Long Journey” is traveling all over Estonia

In cooperation with the Estonian Children’s Literature Centre and Children’s Department of the Central Library of the Lääne County, this year a traveling exhibition on the life and work of Ilon Wikland, entitled “The Long-Long Journey”, will be accompanied by a playful educational programme for schoolchildren. Contact: Anneli Kengsepp anneli@elk.ee

The jubilee year extends beyond Estonia

The wish to celebrate the great anniversary of Ilon Wikland in cooperation with Ilon´s Wonderland has come, among other things, from our Finnish partners and the Estonian Embassy in London. More info coming soon.

All visitors in Ilon’s Wonderland can take part in a search game throughout the year to learn more about Ilon Wikland’s life and work. Monthly prizes will be drawn between good players.

Pets have been very important in Ilon Wikland’s life. His childhood friend was the dog Tito and later in Sweden the dog Sammeli, who can be found in many Wikland´s illustrations. Ilon has really drawn many different animals – from domestic animals to wild animals, most of all maybe dogs and horses. Ilon´s Wonderland is waiting for everyone’s drawings of their pets until July 1, so that we can exhibit these works in summer.

The jubilee year is supported by the Cultural Endowment of Estonia and the City of Haapsalu.

We are open from 10am to 5pm, all events have free access.

15:00 the announcing of the winner of Ilon Wikland Young Artist Award and exhibition of the best works.

It is already the 6th time that Ilon’s Wonderland gives out the Young Artist Award on Ilon’s birthday to young people at the age of 14-18 participating from all over Estonia.

Last but not least, for the first time guests of Ilon’s Wonderland will have the chance to see illustrations from private collections at the gallery.

Entrance with the museum ticket.

In a way, Ilon Wikland is present in all the homes where the shelves are lined with books of her illustrations. There are also homes where the artist’s original pictures hang on the walls. These are the pictures we wished to display publicly for Ilon Wikland’s 90th birthday. This exhibition includes 34 drawings and one potato child mini sculpture received from a dozen homes across Estonia.

But how did these pictures reach their present owners? Not by way of purchase, as one would presume. Ilon has been a generous gift-giver. In 2009, when Ilon’s Wonderland theme centre was completed, the artist kindly let each museum worker choose a picture to commemorate the event. One time the husband of Ilon’s guest had fixed a plumbing problem at her house. He also received a picture by way of thanks. A picture was given to the director of the short film “Ilon” (1993). Many co-operation partners and friends were shown gratitude with a picture as a gift. The potato child mini sculpture was initially meant as the prototype of a marzipan treat offered at the theme centre.

Epilepsy Safe Mode
Dampens color and removes blinks
This mode enables people with epilepsy to use the website safely by eliminating the risk of seizures that result from flashing or blinking animations and risky color combinations.
Visually Impaired Mode
Improves website's visuals
This mode adjusts the website for the convenience of users with visual impairments such as Degrading Eyesight, Tunnel Vision, Cataract, Glaucoma, and others.
Cognitive Disability Mode
Helps to focus on specific content
This mode provides different assistive options to help users with cognitive impairments such as Dyslexia, Autism, CVA, and others, to focus on the essential elements of the website more easily.
ADHD Friendly Mode
Reduces distractions and improve focus
This mode helps users with ADHD and Neurodevelopmental disorders to read, browse, and focus on the main website elements more easily while significantly reducing distractions.
Blindness Mode
Allows using the site with your screen-reader
This mode configures the website to be compatible with screen-readers such as JAWS, NVDA, VoiceOver, and TalkBack. A screen-reader is software for blind users that is installed on a computer and smartphone, and websites must be compatible with it.

Hit enter to search or ESC to close